Click here to read more about "Commodore" Camille's River Cruise adventures!
Uniworld River Cruise to Normandy
by Camille Pepe Sperrazza  Many believe Normandy refers to the beaches where so many soldiers lost their lives during World War ll. Actually, Normandy encompasses an area of Northern France, and on a Uniworld River cruise to this destination, you can tour the landing beaches and beyond, connecting history and reality.  We toured the beaches of Sword, Juno, Gold, and Omaha, where the largest sea invasion in history took place. The mission started when the allies brought seventeen battle ships and deliberately blew them up, to create the foundation of a port. One hundred and fifteen football-sized cement blocks were towed across the channel, to create this port, the size of Dover. Remnants of these cement blocks remain in the rough waters of Sword Beach. Bunkers are also in the region, which we explored, guns still intact. Only a year ago, a resident discovered a helmet while tending to backyard gardening.  A tall abstract sculpture, with razor-like imagery sits on Omaha beach, commemorating the many who lost their lives here. It's designed to create a feel for the strong, soaring lives, which were cut down far too soon.  We visited the cemetery which is maintained by the United States government. Each of us was provided with a fresh flower to place on a soldier's grave. I walked deep amid the endless rows of single white crosses, thinking that the graves further away from the main area might not get as many flowers. I passed by each cross, reading the names inscribed, not sure where to lay my rose. When I saw the name of a fellow New Yorker, private John E. Carroll, it seemed like the right spot.  Our journey also took us to Rouen, to see the site where Joan of Arc, and many others, were burned at the stake. An incredibly modern church, so uniquely designed, is dedicated to her, sitting right in the middle of the town square, next to a tiny merry-go-round and across the street from France's oldest inn. Some say the church is designed to look like a medieval dragon. I have seen enough European churches to last a lifetime, but this was something different. I grew up reading stories about Joan of Arc, and it's so enlightening to experience places I once only read about in books.  In Les Andelys, located 60 miles from Paris, we climbed a huge hill to see the remains of Richard the Lionheart's castle. The sweeping views overlooked the beautiful Seine River, and our Uniworld ship.  Life on board a Uniworld cruise is a 5-star luxury experience. The ship sailed from Paris, through French towns along the Seine, so culinary expectations were high, and Uniworld delivered - French pastries, croissants, rich chocolate, homemade ice cream, French cheeses and wines, fresh vegetables, and mouthwatering breads. Ooohlala.  Options were plentiful, and the chef was right there, among the guests, asking if needs were being met. Lunch one afternoon included a raw seafood extravaganza of shrimp and oyster; mussels cooked in wine sauce; French fries; and the chef himself serving - and insisting everyone try - his homemade, piping hot cauliflower soup. It was delicious, and as Normandy is a cool, windy destination, it was most welcome. Breakfast was an endless array, including belgium waffles with the thickest chocolate fudge sauce you can imagine, and fresh whipped cream. Wine was served with lunch and dinner. Coffee, tea, and cappuccino were available throughout the day.  There were only 67 guests aboard my sailing. Half were part of a group of lawyers, judges, and doctors from Australia; the rest were Americans, all well-traveled professionals. On this journey, I traveled by myself; but I never felt alone. One of the great pleasures of traveling is the people you meet along the way, and when you venture out into the world sans a companion, opportunity often knocks for you to meet many. Whiling away the hours, chatting with fellow guests in the lounge, defines the art of river cruising.  After every tour, staff members were at the gangway, welcoming our return with beverages and damp cloths. The Captain was often there, greeting us, mingling among the guests. On two nights, I was privileged to sit at the Captain's table for dinner, a formality that many of the large cruise ships no longer practice.  Our voyage took us to Honfleur, a fishing village, laden with quaint shops and restaurants.  We also toured the Palace of Versailles and gardens, home to King Louie the fourteenth and Marie Antoinette. It was crowded with tourists, and it was here I learned that the term "voila" can be to the French what "yada, yada, yada" is to New Yorkers. It was when our tour guide said, "We had tickets for 11:15, but we were late, so they told me they couldn't accommodate us, but I smiled....and voila, we are here."  The cruise started and ended in Paris, making it possible to spend days before or after the cruise, enjoying famous sites such as the Eiffel Tower, the Louvre, the Arch of Triumph, or reveling in people-watching from a French cafe.  On Saturday night I attended the famous Moulin Rouge theater, located in Montmarte. The fast-paced show - a series of skits - features acrobats, comedy, and the can-can dancers. The dinner show included three courses, half a bottle of wine, and a glass of champagne. We were squeezed at a small, crowded table - but such is life at a Paris cabaret, where people from all over the world come to hear the music play. Voila.  For more information or to book a trip, contact "Commodore" Camille today.  This article was accurate when it was written, but everything in life changes. Enjoy the journey! 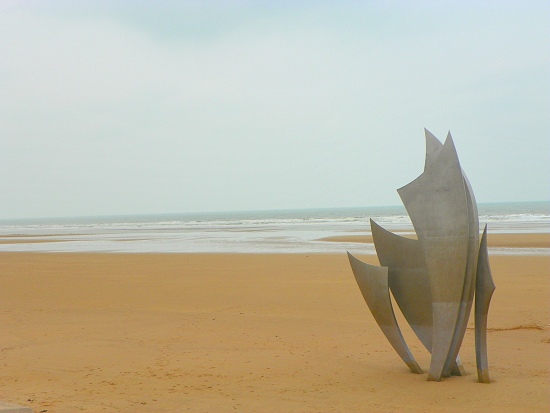