Contrasts Of Lisbon, Old And New 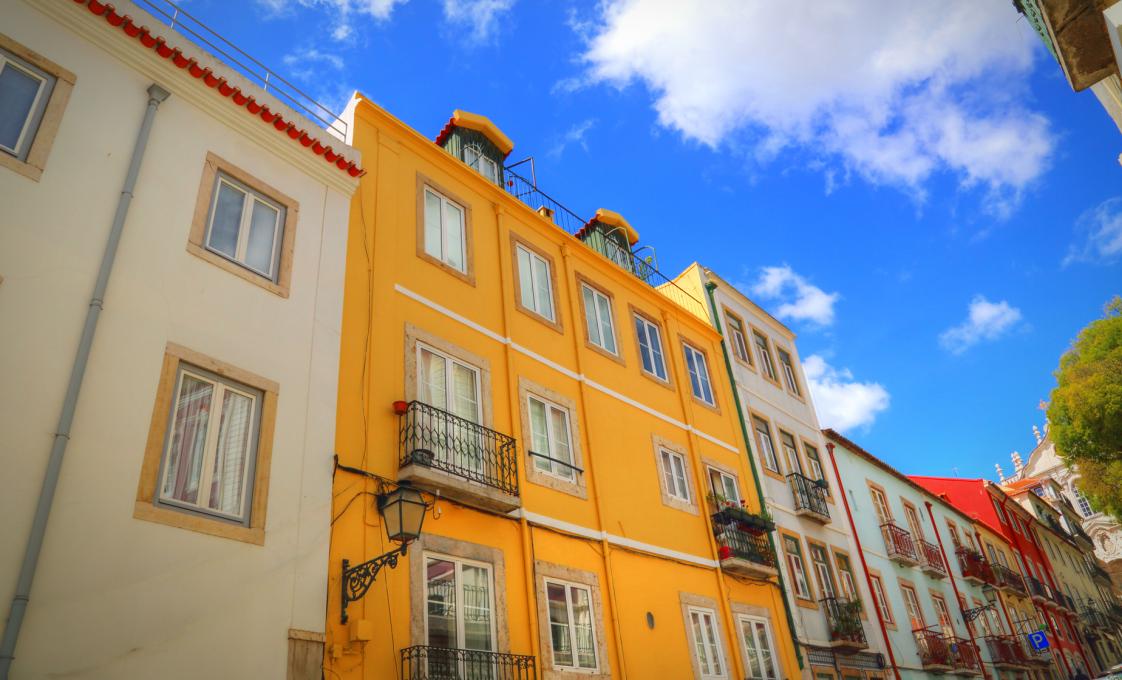 As Lisbon changes, it still honors its traditions. On this tour you will learn to cook traditional chourico, sample local cheese and wine and see how the new and the old coexist.

Visit four iconic Lisbon neighborhoods, talk with locals about the changes these areas have undergone, taste some of the city's best pastries, and have a drink on a rooftop deck overlooking the city.

Your culinary adventure begins at the center of Principe Real, an inspiring neighborhood of Lisbon developed in the 19th century. This neighborhood could renew itself but kept its traditional roots. The streets here are filled with antique shops, concept stores, and trendy cafes. You will have the opportunity to stop at a cheese shop for a lesson in choosing, cutting and tasting cheese, and pairing them with wine. Follow that with a coffee and chocolate tasting where the delicious treat is still produced by a family-owned farm.Continue your adventure downhill to the Bairro Alto, a 16th-century neighborhood known as Bairro. Elder Lisboetas and young artsy hipsters give Barrio a vibe simultaneously old-fashioned and avant-garde. Stop at Pastelaria Alcoa in the aristocratic and elegant quarter of Chiado to learn about and sample Torresmo do Ceu, a local treat which translates as 'Bacon from Heaven,' and learn about lesser-known specialties that originated in Catholic monasteries and convents.Chiado is where poets, artists, and intellectuals have gathered for more than 200 years, but recently, rooftop bars have been the draw. Sit with a Porto Tonico- white port and tonic- and admire the view overlooking the wrought-iron Santa Justa Lift.From there hop in a taxi to old Lisbon, where eventually even the cabs won't fit on the streets. Here, you will want to walk the narrow alleyways of Alfama to a community center founded in 1870 that almost disappeared because of area gentrification. You will then learn to cook Portuguese sausage, chourico, in the traditional way, flamed with brandy in a ceramic dish.As your tour comes to an end, your guide will take you back to where cars once again fit on the streets. Be sure to ask your guide for recommendations on other places to check out in the area.

We are experts in providing exceptional shore excursions. We understand that in today's fast paced world, vacations have become an increasingly important way to relax, reconnect with family and friends, and experience new and interesting places. With this in mind, we provide the highest quality tours by performing extensive research, and detailed reviews. While other companies also offer excursions, we strongly believe our expertise and approach set us apart. The large cruise lines sell shore excursions - typically in very large groups visiting high traffic sites. We focus on smaller groups visiting more interesting and authentic locations using more personalized local operators. While the cruise lines are experts in delivering cruises, we are experts in delivering shore excursions.

Our Approach
We believe quality service is not only highly valued by customers, but ultimately leads to better experiences and higher satisfaction. Unlike the cruise lines and other tour companies that rely almost entirely on websites, we encourage customers to call us. We want to invest our time answering your questions, providing input, and selecting the excursions that best meet your needs.

Our Tours
Our goal is to provide customers a wide array of exciting, appealing, and enriching tours. For those customers who prefer to travel in smaller groups with more personalized service, we offer a wide variety of small group tours around the world. These tours generally range in size from 2-12 people compared to larger tours which can number up to 50 people. While exploring the destinations and ports on this website, feel free to search for these "Small Group Tours". For those customers interested in private tours, we offer many outstanding excursions that allow you to travel with your party alone and, in many cases, to fully customize your tour. Search for "Private Tours" if you are interested in this experience. Our "Scenic" tours provide up close and personal access to some of the most spectacular natural environments on Earth from majestic glaciers in Alaska to spectacular reefs in the Caribbean. Our "Cultural" tours allow customers to experience local customs, entertainment and culinary delights ranging from tribal dances in Alaska to an outstanding local meal in Santorini, Greece. Our "Active" tours offer a multitude of exciting and adventurous ways to experience our destinations. Our customers can kayak the turquoise waters of the Caribbean, hike to a spectacular waterfall in Hawaii, or bicycle through quaint villages in France. Our "City" tours allow travelers to see the highlights of great cities around the world with unique insights provided by our expert tour guides.

Our People
In our experience, exceptional travel experiences are almost always delivered by exceptional people. With that in mind, we utilize a comprehensive approach to select and employ the leading tour guides and tour providers around the globe. We hold our people to very high standards which we measure by our comprehensive Quality Control process and, most importantly, by our customer feedback, which we will actively seek from each of our customers.

Our Owners
Shore Excursions Group is owned by seasoned travel executives possessing extensive experience across many sectors within the travel industry.

Michael Bonner
Mr. Bonner has over a decade of experience working in the cruise industry in a variety of roles for both Royal Caribbean Cruises Ltd. and Viking River Cruises. Most recently, Mr. Bonner was the Chief Operating Officer for The Scholar Ship, a Royal Caribbean program aimed at providing college students onboard educational programs in conjunction with enriching shore excursions around the world. Mr. Bonner also helped co-manage Viking River Cruises U.S. Operations, and he ran the corporate, strategic, and deployment planning functions at Royal Caribbean. While at Royal Caribbean, Mr. Bonner was responsible for forming Royal Celebrity Tours, Royal Caribbean's land-based tour operation in Alaska, which takes cruise passengers on multiple day tours through the interior of Alaska either before or after their cruises. Prior to working at Royal Caribbean, Mr. Bonner was a consultant for Booz Allen & Hamilton.
Less
from $125.00 (USD)
Per Person
Contact Us
Tour Type
Group
Group Size
Small
Activity Type(s)
Cultural, Walking, Scenic
Tour Duration
3.5 Hours
Activity Level
Moderate
Tour Leaves From
An approximately 8 or 12 minute taxi ride (not included, approximately 8 EUR or 10 EUR each way, depending on where you are docked) is required to reach your departure location.
Food/Beverage Provided
Snacks, Beverage
Special Instructions
We recommend wearing comfortable clothing and sensible, flat-soled walking shoes. Sunscreen and sunglasses are also recommended. For those wishing to visit any churches, remember that shoulders and knees must be covered.
Restrictions
Minimum age to consume alcohol is 21 years. Please advise us at the time of booking if you'll be bringing a child under the age of 6. Guests must be able to walk over cobblestones and uneven surfaces, inclines and steps. This tour is not wheelchair accessible.
Terms & Disclaimers